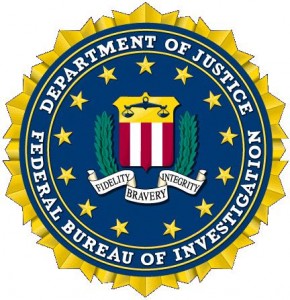 J. David Schroeder, age 78, of Pickerington, Ohio, passed away Saturday, February 8, 2020. He was born on August 7, 1941, in Wheeling, WV, to Victor J. Schroeder and Margaret Gavin Schroeder Otte. He graduated from Wheeling Central Catholic High School in 1959. One of his favorite memories was being the chauffeur for the Bishop of the West Virginia Diocese. At an early age he had a clear vision of what he wanted to do for a profession. He pursued this goal when he moved to Washington, DC, and was hired by the FBI where he impressed his superiors so much he was recommended and accepted to be on the staff of J. Edgar Hoover. He attended night school at the same time at American University where he earned his bachelor’s degree. From there he went to the FBI Academy and became a Special Agent. As such, he enjoyed the life of crime fighting, including the pursuit of mobsters, bank robbers, motorcycle gangs, fugitives and the occasional Russian spy. He was so very proud of his career and the men and women with whom he served. He was the co-author of the FBI-endorsed textbook, Combating Arson-for-Profit, which remains the leading expert treatise in the arson investigation field.
He married Sue Wagner in DC and had their first child, Vic Schroeder. They moved to Detroit soon after to Chicago, where their beloved daughter Renee was born. This assignment was followed by a short stint in Chillicothe, Ohio and then on to Columbus, where his son John Schroeder was born. Dave retired from the Columbus office after 32 years of service. He enjoyed a second career as security director of The Columbus City Center, followed by nine years as the administrator of Explosives and Pyrotechnics for the Ohio Fire Marshal’s office.
His favorite place to be was the beach watching sunsets with Cindy, holding a glass of bourbon, and petting his dog.
He is survived by his soulmate Cindy Harding who he had been with and shared their lives for many years. His children, Vic Schroeder (Tami), Renee Schroeder, John Schroeder (Angelina), his previous wife, Sue Schroeder, and five grandchildren, Susannah, Katy, Lily, Alexandra and Maximus, as well as five nieces and five nephews and their families, who all loved him very much.
He was preceded in death by his parents; sister, Suzanne Brown; and step-father, Bernard Otte.
Friends may visit 2-4 and 6-8 pm Friday at the DWAYNE R. SPENCE FUNERAL HOME & CREMATORY, 550 Hill Rd N., (St. Rt. #256), Pickerington, with a Vigil Service at 7:45 pm. Funeral Mass will be 10:30 am Saturday at St. Elizabeth Ann Seton Parish, 600 Hill Rd N., Pickerington, with Fr. James Klima, Celebrant.
Friends who wish may contribute to the Parkinson’s Foundation (www.parkinson.org) in Dave’s memory.